White Widow, the queen of the '90s Dutch coffee shops. Only a few names enjoy such a legendary and iconic status. It's no wonder that all breeders wanted her in their selection. And for many growers, including me, White Widow was first to #grow.
XXL Auto is Dinafems third generation of White Widow and everything started with elite clone back in the '90s. 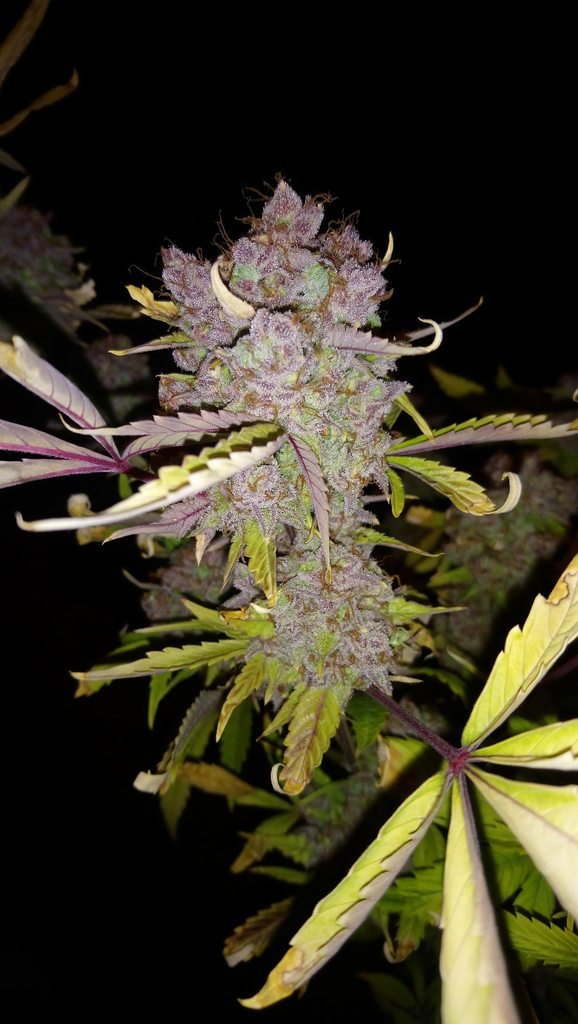 The genetic background goes back to early/mid-'90s. Derived from '97 elite clone White Widow was crossed with Critical+ Auto (Critical+ x Roadrunner). That was a common move by Dinafems breeders because Critical+ as a massive yielder was their go to strain. However, the result was rather poor. Low yielding with low THC plant that takes 75 - 80 days to finish. So, in order to give the recognition she deserves, breeders backcrossed her with her older sister, the elite clone. What they got was a massive plant, with the same as massive yield and medium THC level, that finishes in 80 days. 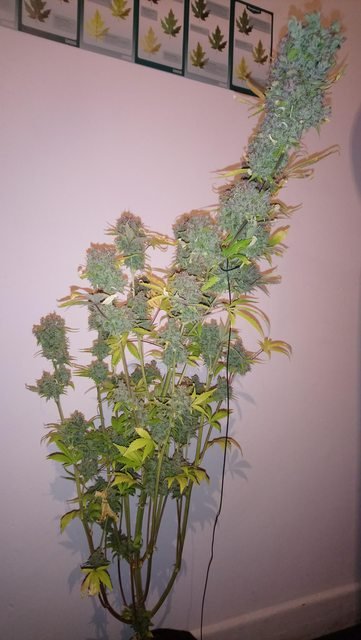 The plant grows up to 90 cm under 250w CFL/HPS light. A bit higher and a lot wider under HPS yielding ~1.5oz comparing to ~3/4oz with CFL. Things change when growing under 250/400w HPS. Can reach more than 1m and with a bit of care, more than 3oz shouldn't be a difficult task. When given more space and put under 600w HPS 4oz of #nugporn is as easy as 3oz with 400w.

Vigorous, strong, she is also very forgiving which makes her ideal beginners strain. Doesn't require a lot of nutrients and can take higher temperatures better average auto. Meaning she had considerable fewer foxtails comparing to other #strains during the summer heat wave. Lifetime was quite longer than specified and in my cases, it was between 84 and 97 days. 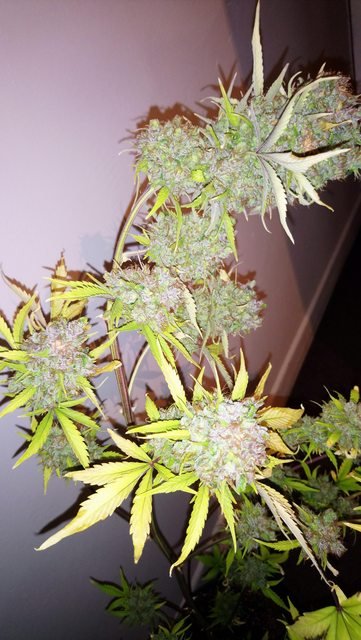 What to say about effects and aromas of White Widow that's not already said? Intense bitter-sweet smell. The effect is long lasting relaxing. It's a great choice for after the gym session, fighting insomnia or after party when I need some sort of sedative. It's very tranquillizing so don't plan much to do after #smoking. For the same reasons, I wouldn't recommend it for bigger social gatherings.
There's some cerebral activity to be noted as well. Just enough to send you on that last trip before you fall asleep after a long day.

Awesome! Happy ending is in the house!

3 ounces on an auto sounds like a nice haul, awesome looking buds too.

Those are some wicked looking buds mate, I would love to share a few bongs with you bro. :-)

That brings back some memories. White widow is probably the first to shelf bud I ever smoked.

I believe many think the same. And everyone remembers if smoked WW, any other strain is irrelative.

That is a real nice shade of purple especially with all then crystals shining!

It was cold during the night and that's the result.

Just what I needed, a white widow.