in #
offtopic
9 months ago

Some 8 months ago I bought two terpene enhanced blunts. One was Gelato 41 shown here. I was holding Wedding Cake for my Wedding Cake when it's ready to pair these two. The funny thing is, I completely forgot about it and almost finished last #weddingcake jar. Came to my mind last week. And now it's here, last 4 grams (out of 80-ish) and it's own terpene enhanced blunt.

Overall experience: meh... If you got some shitty #strains, then yeah, it's worth to cover up shittiness. But, if you got something good then regular blunt will do. I could go about flavours, but there's really nothing more to #review. 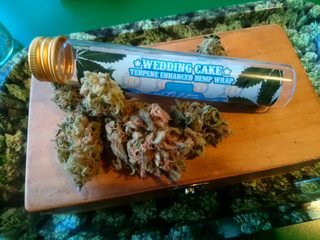 Last week something else caught my attention too. I remember @zavz9t as a guy who posted daily some reports on cyrilic with some generic photo. I stumbled on his profile and there's nothing. His profile counts 70 posts, but it Looks like zavz9t hasn't started blogging yet! Comment section counts 10, but some comments can't even reach original content.

Now, if blockchain is irreversible, immutable and all that jazz, how is this possible?? Am I missing something??

Next, @cathodion was a member who had great posts but, turned out totally plagiarized. He sold account to who we know today as @joelagbo. There are three removed posts (1, 2, 3). How that happened? Did @joelagbo remove these posts before 7 day mark?

offtopic weddingcake strains review nugporn
258.03
Reply 9
258.03
258.03
Kiki38
@realkiki85
...cannabis enthusiast and grower... ...worshiper of the earth and the flesh...
Get 4.2 Free Smoke Power On Sign Up To Start Your Journey On Smoke! The First Cannabis Community That Pays You To Post And Curate Content You Love..
Sort Order:  Trending
[-]
herbncrypto38  ·  9 months ago

Few things to note.
Smoke.io is just a front-end "viewer" of the block chain to make it pretty and presentable. Things on the front end can be changed, posts removed and data not shown due to limits coded in.
The actual data on the SMOKE network is immutable.

And tbh I've always wondered what the @seed account is about. I know it's a part of Smoke somehow, maybe the UIA conversion and distribution account?

I get the front-end thing, that it's just an interface.

What I don't get is: why we don't see @zavz9t's posts? If data is on the blockchain, how can we reach it? Do I need some special tool or knowledge? Who erased his front end? Could my posts (or anybody elses) disappear in the same way over night?

Could my posts (or anybody elses) disappear in the same way over night?

But, your posts can not disappear from the blockchain once the block they’re posted in has been validated by 15 witnesses. Then the block is irreversible, AKA immutable, and deleting your post would require that we freeze the blockchain and go back in time. Back to the block before your post and restart the chain at that exact point.

That is the only way to delete an irreversible block. That also means that everything else which happened since, all posts, comments, rewards, new accounts created... they didn’t happen. History totally changed just for the sake of deleting one post.

Contrarily to on front-end level, where the front-end operator can apply whichever rules they deem fit, this would require a super majority of active witnesses to agree (17 of top 20).

I think it is obvious only in very, very few and absolutely huge cases caught very early after the fact and tokens not yet on an exchange... would most active witnesses even give that possibility a thought. Personally, right now I can not really think of any situation.

Anybody can crawl the blockchain on its rawest level with CLI wallet. The smoke block explorer we currently have is rather detailed as well, but shows only the 99 most recent tax for each section.

“Immutable” means that the blocks with the original tx (here posts) still exist. You can with a block explorer, or with using the CLI wallet, go back in a post’s history and then you will see the complete pot history. The front end, smoke.io, only shows the most recent version. Not the complete edit history.

Ok, that's @cathodion's case. Joelagbo removed posts and the most recent version is blank page saying removed. Since it can't be deleted those three windows will stay there forever. Happened before already to some new members with their very first post.

But, @zavz9t's profile is different. There's no removed old posts. There's no trace of anything. Like he never ever posted. How THAT happened?

I mean, what's the point of immutable blockchain if data can be buried so deep that it can't be reached? Or if it's lost or hidden between interface and actual blockchain...

I think I know what may have happened there. May/could.

Smoke was for a while being tested by some dapps who had no interest in our topical focus, but saw the blockchain as just another outlet to earn tokens.

Then filtering was added to the Smoke.io interface, hiding content not submitted through the smoke front-end or without specific app ID (the chain has an option for dapps to set themselves as app, for filtering purposes when they build a front-end).

I'm now going to take a wild stab that he's member of the blckchnd team and tech smart and submitted his post whether from an own form/CLI wallet or had a script and that the submissions didn't use any of the by smoke.io app identifiers.

Immutable is a blockchain feature (after 15 witnesses have validated the block the tx is immutable, so after max 48 seconds).

Frontends/dapps can apply their own rules and need not respect for example hidden posts/profiles due to flags. But the content is still immutable stored on the chain.

Addendum: As can be seen here, in JSON there indeed is no app set for his post. That could explain why some posts aren’t showing.

Weirdly enough, that account also shows several empty tx. But difficult to identify what they are, did they end up in a missed block or whatever. We would need some feedback on what were they in the first place. Posts? How were they submitted etc? Did they get lost between RPC node and chain?

Doubt the nodes still have the logs for a year ago. And without actual input from poster themselves we can but guess.

I’ve not heard anyone complain recently their posts didn’t show so I’m just going to put those few 00000... TX as anomaly.

That actually makes sense. I don't understand 1/4 of what's written, but I see what are you saying. AFAIK he was linked to Rudex and blckchnd team. So, basically, interface doesn't recognize his posts and therefore not showing them.

If there are more missing posts, I guess we'll find it out when old members start coming back.

Sure I did remove those posts before the seven days time frame elapsed.